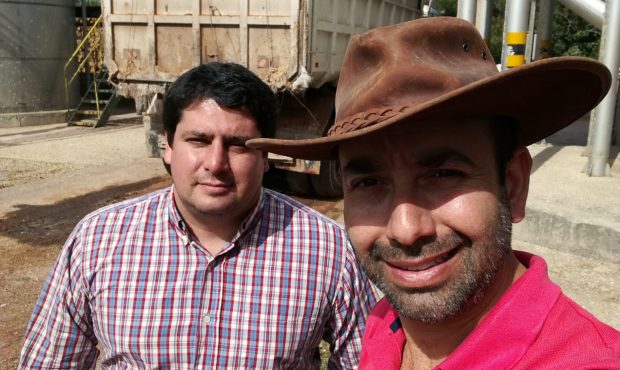 Cassava Food Enhancer has been recognized internationally through the Future Agro Challenege, making it the current winner of the most innovative venture in Paraguay by the government through its institutions, such as Conacyt and Focem.  The patented and proven technology has developed the extraction of proteins, carbohydrates, fibers and all the nutrients of the waste of the starch industry in Paraguay, making it the first national innovation of an alimentary waste to create a new super food, nutrient based with some of its characteristics to be gluten free.

Since attending the Global Agripreneurs Summit in March 2017, many new doors were opened for the Cassava Food Enhancer project including partnership opportunities with some existing companies related to the food industry in France and Africa.  Further discussions on their business model are to be finalised in Tanzania and South Africa.

After returning from the Global Agripreneurs Summit, Cassava Food Enhancer posed for a national innovation contest and were selected from more than 250 national projects to receive the National Innovation Award.  Jorge Leal, founder of Cassava Food Enhancer, states, “having come from the Future Agro Challenge Global Championships in Johannesburg was of interest to the international jury, which placed us as winners giving us seed capital of US $20,000 that we are investing in developing and doing health analysis for the world food industry.”

With serious discussions with a group of investors from Mexico, Cassava Food Enhancer may soon be able to be exported and distributed, at an estimated price of US $130 per ton, as a nutrient-rich food to countries that have serious problems of child malnutrition, which could in turn reduce undernutrition rates.

Having gone from just a project to becoming a business reality, Leal states, “yes, you can, if you have a dream you have to walk towards it and despite the setbacks you have on the way, you can reach the goal.  We are personally very happy for the support of GEN Paraguay and FAC Paraguay for the support to their entrepreneurs!”