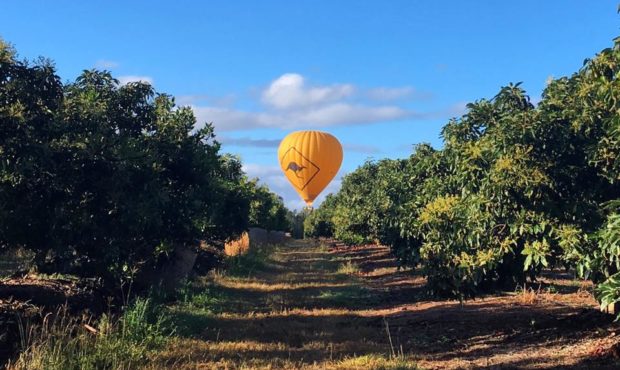 There is no doubt that 2020 has been an unusual year due to COVID-19, but Australian agriculture and agricultural innovation is still kicking along. In fact, I’d go so far as to say that as the second least subsidised ​agriculture industry in the world, and with one of the most volatile climates on the globe, ​disruption and overcoming challenges are pretty much business as usual for the agriculture industry in Australia.

Agriculture is Australia’s fastest growing sector and second only to mining in terms of its importance to the national economy. However, the productivity growth of the Australian agricultural sector has slowed down in recent years. This coupled with the global challenges of a rising demand for food from a growing population, changing consumer expectations, increased competition from developing nations, and an ever changing climate, means innovation is more important than ever for Agriculture in Australia.

With this in mind, in 2017, the ​National Farmers’ Federation ​of Australia announced a vision for Australian agriculture to exceed a farm gate value of $100 billion by 2030. The $100 billion vision is an important direction that many people, businesses and institutions in the agricultural industry are showing a willingness to focus on and organise themselves behind—mainly because of its simplicity and implied promise of greater sustained prosperity for Australia.

However, this is an ambitious goal which will require world class innovation to drive the transformational productivity gains required to meet the $100 billion figure. Research commissioned by ​Agrifutures Australia​ produced a baseline projection which came up with an estimated Australian farm-gate value of $84.3 billion by 2030, which is $15.7 billion below the $100 billion target.

So, there is a lot of work to be done and the Australian agricultural innovation ecosystem is really only just getting started.

The World Bank defines an innovation system as “a network of organisations, enterprises, and individuals focused on bringing new products, new processes, and new forms of organisation into economic use, together with the institutions and policies that affect their behaviour and performance.” The system,which includes people, culture, policies, laws and infrastructure, defines the way in which different agents interact, share and use knowledge.

While still in its infancy, the agricultural innovation system in Australia is facing a number of challenges:

The good news is that the work is happening. The last two years have seen the preparation phase for the development of agricultural innovation in Australia. This has involved a range of preparatory activities aimed at identifying the parameters of the agricultural industry’s investments and government’s policy response. It has also included a range of investments aimed at developing the core capacities and capabilities of industries and governments to address.

In 2018, the ​2030 Industry Roadmap​ was developed by the National Farmers’ Federation (NFF) in conjunction with key industry stakeholders. Consultation was facilitated and occurred with leaders across the agricultural value chain including researchers, farmers, agribusinesses, educators, the community and government. This document now becomes the yardstick by which the Australian agricultural industry will measure their success, and hold themselves to account. The NFF led a 6-month consultation effort to inform the Roadmap. It began with a Discussion Paper which distilled insight from leading experts, before commencing a nationwide roadshow, where they spoke to over 380 farmers and other industry experts to field their views. The 2030 Roadmap carries the full endorsement of the NFF’s member organisations, who reviewed and provided input on this plan throughout its development.

The global agritech market is growing (US$19.8Bn in 2019), but Australia’s share of the pie remains small (US$90M in 2019). Now is the time for action in the Australian agricultural innovation ecosystem. In 2020, we are starting to see the Australian agricultural industry and government consider and implement a number of options identified during the preparation and planning phase, as highlighted in the reports above.

Only by working together will the agriculture industry solve complex problems, accelerate progress, avoid duplications and create a vibrant, connected & more prosperous future for the Australian agri-food tech sector.

There is definitely movement at the station in terms of Agricultural Innovation in Australia, watch this space world.

About the Contributor:
Jessica Fealy farms with her husband and four children at Blue Sky Produce, a family owned  mango, lime and avocado orchard located in Mareeba, Far North Queensland.
Jess is an experienced Chartered Accountant and Community Engagement practitioner and is the founder of Back Paddock Business, which provides business and communications support to rural enterprises. She is a Board Director with Northern Gulf Resource Management Group and also sits on the Agrifutures Australia Advisory Panel, and the Regional Economies Centre of Excellence Advisory Panel.  Jess is the co-founder of the Future Agro Challenge Australia and the QLD Agtech Cluster and has extensive experience working in the regional startup and innovation space.
0
Shares
We use cookies to ensure that we give you the best experience on our website. If you continue to use this site we will assume that you are happy with it.Ok